The 2020 election is of critical importance in determining the future of our nation and Florida is a key battleground state. Statewide elections in Florida, including presidential elections, are often won by as little as 1% of the vote or less. Hillary Clinton lost Florida in 2016 by 1.2% of the votes cast. Vice President Al Gore lost Florida’s electoral votes and the presidential election by just 537 votes.

Even rural counties like Levy County will play a significant role in defeating Donald Trump and electing a Democratic president in 2020. We are working to make the Levy County Democratic Party a determining force in turning Florida blue. 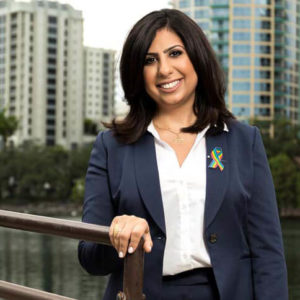 Please join us for an afternoon filled with great entertainment, a silent auction and inspiring messages from our keynote speaker, state Representative Anna V. Eskamani, and distinguished officials of the Florida Democratic Party. Rep. Eskamani has been recognized as Orlando Magazine’s 50 Most Powerful People for the past two years. She is a PhD student at the University of Central Florida and an adjunct professor. She is the state strategic advisor in Florida for a nonprofit committed to building strong social justice movements.