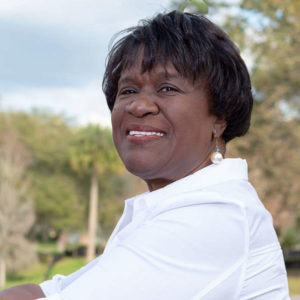 Gussie Boatwright is a 5th generation Levy Countian. She was a member of the first class of African-American students who were transferred to Williston High School to begin the process of integration. Graduating from W.H.S. in 1973, she was elected student council president.

Gussie is married to her high school sweetheart, Willie. All four of their children are W.H.S. graduates. They have two grandchildren.

A graduate of Bethune Cookman University (Cuma Sum Laude), she was employed with UF Heath for 43 years, retiring as manager of security operations.

Gussie is one of the founding members of Fountain of Life Church in Williston. She “values faith, family and community.”  Her favorite passage from the Bible is “I can do all things through Christ who strengthens me.” — Philippians 4:13 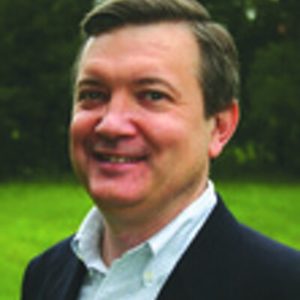 Nick Williams is a former executive director of an environmental nonprofit. He has worked as a volunteer and as a political consultant for candidates throughout north central Florida.

A graduate of Mercer University in Macon, GA, he has served as a volunteer for several civic organizations and he is a long-time member of the board of the Community Redevelopment Agency for the city of Williston. 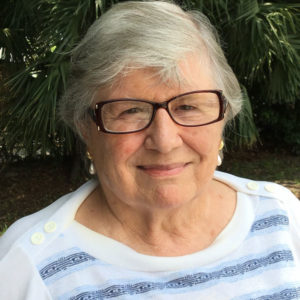 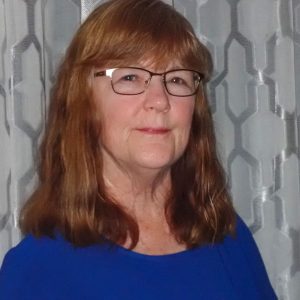 Kristine Switt moved to Levy County with her husband, Joe, in 1989, from New Jersey where she worked for several years at Merck, Sharpe and Dohme Research Laboratories in Rahway doing basic biochemistry research.

Kristine earned a M.S. in Environmental Engineering Sciences from the University of Florida while working as the Plant Manager at a local Dunnellon manufacturing plant. She retired from that facility in 2018 after nearly 25 years, having achieved the position of Chief Operating Officer. The facility manufactures and distributes activated carbon for water treatment and specialty purifications throughout the U.S. and abroad. In her position as C.O.O., her leadership emphasized a balance between profitability, the environment, and the health and safety of the workforce while complying with all regulations. She fought for employee benefits like higher-than-average local wages, paid sick leave, vacation, and holidays, and offered health insurance, knowing these benefits create a healthier, more productive workforce.

Since retiring, Kristine has become active in promoting the principles of good government through her participation in the activities of the Levy County Democratic Party. She believes that the role of government is to protect the people and the environment from the excesses of business and the abuses of power. 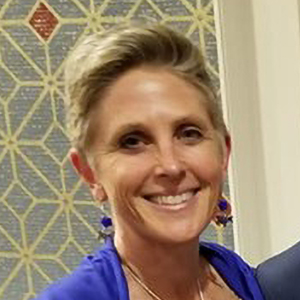 Stacey Peters is a native Floridian, as is her husband and their five children. As a daycare center employee, she “saw firsthand how ordinary Americans struggle to afford the most basic necessities.”  As a paralegal, title insurance closer and Realtor, “I experienced the sting of gender inequality in the professional workplace.”  As a personal trainer and caregiver for her parents, “I know firsthand how critically important good healthcare and a functioning social safety net are for the well-being of our nation.”

After the 2016 election, Stacey  became politically active and she played an important role in reorganizing the Levy County Democratic Party.

She is president of Democratic Women’s Club of Levy County and she is chair of the Democratic Small County Coalition. 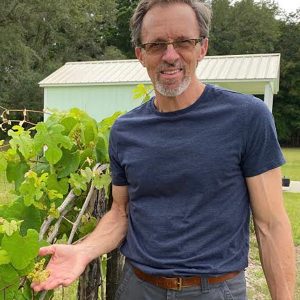 Larry Arbeiter and his wife, Karen, had been living in Illinois and New York for many years, but in 2015 they bought a winter home near Chiefland, a few hours north of where Karen grew up in DeSoto County. They have been living full-time in Florida since the pandemic began early last year.

After the 2016 elections, they both became concerned that foreign and domestic enemies of democracy were collaborating to fatally damage America’s political institutions.

In 2020, Larry became politically active for the first time, feeling an obligation to stand against the fear, bigotry and disinformation being promulgated to justify regressive tax, voting, and environmental laws, and to undermine reliance on science and the independent authority of the press and the judicial and legislative branches. After volunteering over the summer with many enthusiastic Levy County Democrats, he was proud to be asked to serve as state committeeman for the group.